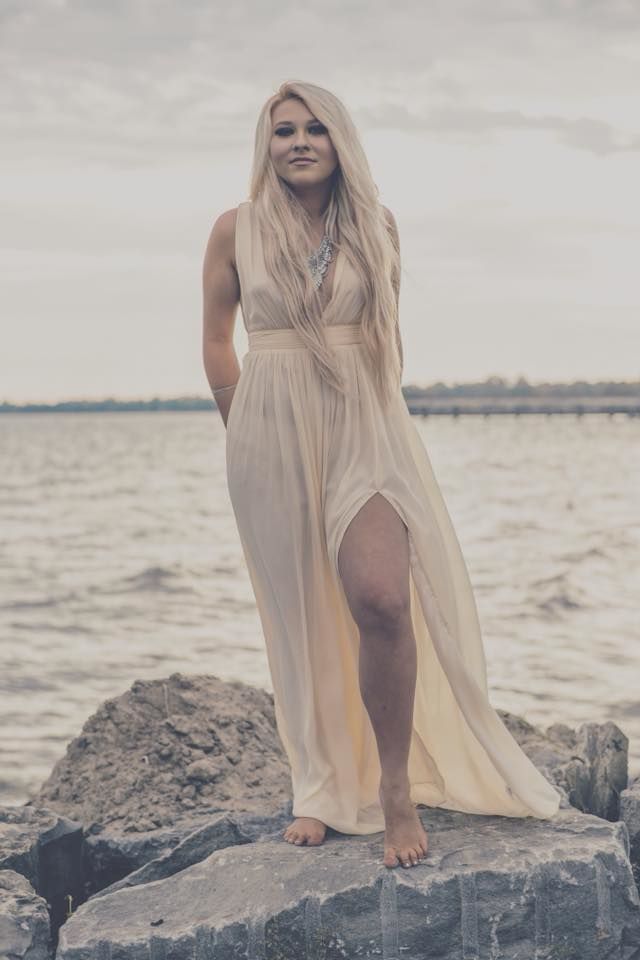 Chelsea Crites currently signed to Sonorous Records i think she would be a great addition to your live entertainment and she is local .

With the release of her fourth worldwide single Ready For The Fight , bringing to the table a new sound and a brand new look . her song hitting the Billboard Charts across Canada at #126 and getting the amazing news that she has surpassed 1.4 million streams worldwide A feature in one of Canada's biggest magazines in their 2018 issue . Chelsea Crites has proven herself to be an artist with undeniable talent and lasting appeal . from the city of Port Colborne this determined , enthusiastic and personable country music artist is an avid national touring performer who has amassed a devoted fan base , due in large parts to her engaging live shows and personal connection to her listeners through her music.

Chelsea is heading out this summer to continue touring with her latest single Ready For The Fight and we would love to come perform for all of you and bring this entertaining and amazing show to all your followers ! 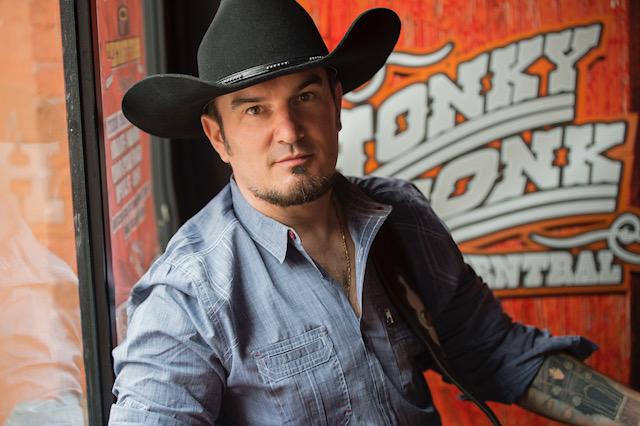 A shoot straight from the hip approach is how Donny Lee performs on stage, writes his music and lives his life, a down to earth good guy who knows no strangers. Donny Lee has been singing country music since he was a young boy, born and raised in Hamilton when he discovered early on his natural talent of connecting with people through music. Donny played music with his parents band in Hamilton venue and entered many local singing contests and the Canadian Open. At the age of 16, he left Hamilton to tour across Canada and the U.S. as a front man with Carson City and opened for big name artists at festivals such as Craven Country Jambouree. After taking time off to start a family, Donny Lee has emerged fully into the country music scene and for the past 5 years, Donny Lee has been entertaining crowds of tourists at the famous Honkytonk stages in Nashville and perfecting his stage show. He is one of the mainstage artists at Tootsies World Famous Orchid Lounge and Honkytonk Central. As a natural entertainer, he makes sure everyone that comes to watch him have the best possible experience and Donny is one of the most popular, in demand performers on the Broadway Honkytonk strip. Donny Lee has a reperatoire of over 300 songs and has written 7 original songs on his Nashville recorded self-titled album Who I Am, of which he has released 3 to Canadian country radio. Donny is working with Ole Publishing and has recently recorded Another Round Of You at MCC Studios in Calgary, an upbeat song written by Blake Shelton hit songwriters. Donny also recorded 5 songs with famed CCMA Producer of the Year, Bart McKay which are ready to release September 2018! It is an exciting time for Donny Lee

Recent reviews from his shows -

"Donny Lee and Honky Tonk Central made our weekend in Nashville. A must see!!! " - Dennis Wendt Dec 2017

"This guy is the real deal! A true showman. He can engage with any crowd and turn anyone into a country music fan. He’s amazing" - Tony Dagnone Dec 2017

"There was a special performer there, his name is Donny Lee. He is amazing, such a great performer. He has an amazing voice and was so great with everyone that was there and came in!!!" - Vicky Kempel Oct 2017 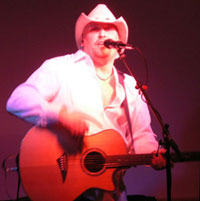 Brett Baker is a self taught musician. Growing up with a passion for music, at about the age of 20 he ventured into the music circuit playing at venues across Ontario. Brett amassed a solid 15 years full time, entertaining and singing to crowds of all sizes. Focusing on Country and Rock, Brett and his 4 piece band always put on a show to remember, and became very popular throughout the circuit.

Now, taking a new and advanced approach to the entertainment industry, Brett is back on the road with an excitingly full sounding one-man show entitled "Stealin' the Covers". Covering famous songs including Alan Jackson's, "It's Five O'clock Somewhere", and Brooks & Dunn, "Play Something Country", Brett puts on an energetic show using his charismatic personality, outstanding vocals, and impressive sound &lighting system. This show is a real crowd-pleaser! 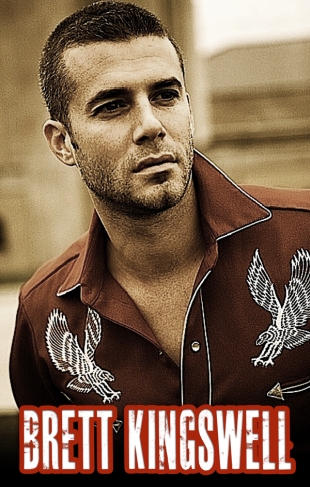 With the grit of a 90’s grunge frontman and the charm of a southern gentleman, Brett Kingswell’s unique brand of country laced, Northern roots rock is turning heads, perking ears, and moving feet in its wake.

The life of this razor sharp, rock & roll vagabond began in the small town of Port Elgin, Ontario. After picking up a guitar for the first time at the age of 23, the path of music became natural for this unsuspecting and magnetic performing artist. To top off a budding acting career, and his current and highly respected role as a firefighter, Brett has rocked stages across the continent, having shared the stage with band members of Raine Maida, Melissa Auf Der Maur and revered Canadian acts The Philosopher King and I Mother Earth, and Everclear. In addition to his powerful stage presence and in-person vigour, Brett has recorded with Grammy winning engineers such as Ron Allaire, and worked closely with members of Alice Cooper, Megadeth, Fuel and Kings X.

Other musical heavyweights aren’t the only ears that perk up to Brett’s music. Brett has also had major licensing success, with feats including original works featured on ABC’s hit daytime soap opera “One Life to Live”, and Canadian-made "Blackstone", plus publishing agreements with Nightingale Music, Nudgie Music and Bundini Music within North America.

Presently, Brett is trucking down a path of country rock, connecting with one of Toronto’s most revered producers, Ron Allen, has also launched his entertainment and artist development company 360AM. The duo is currently working on Brett’s upcoming solo project, which promises to be a smooth fusion of hook heavy, groove laden country rock hits

They have been playing their brand of Honky-tonk, Rockabilly, & Blues along with their original material for the past twenty years, an all roots musical adventure.

They have appeared live on CHCH television in Hamilton and Breakfast television in Toronto to promote their albums. They were nominated for “Album of the Year” at the

Niagara Music Awards and won “Country Group of the Year” in 2010. They also embarked on a tour in 2011 throughout Australia.

The latest recording was done at the famed Sun Records in Memphis Tennessee were their heroes all started (Elvis Presley, Carl Perkins, Johnny Cash).

On October 4th Jamie Warren released his latest album, "Make Me Believe - A Collection of Greatest Hits" on MapleNationwide distributed through Universal. This album celebrates his 23rd year in the Canadian country music industry as the most awarded Independent Male Artist. Over the course of four albums Jamie has successfully charted dozens of singles. Fourteen of the most successful are collected here as well as five new bonus tracks.

From the moment he leaps onto the stage, until the last kisses are blown into the audience, Thomas delivers an electric, emotionally charged performance.Thomas Wade could very well be the hardest working performer in Canadian country music, grinding his way through the rock-edged numbers, and sharing his heart and soul through his ballads. With a velvety voice, richly embroidered with life experience, and a genuine love of music and of his audience, he is a true gem among rhinestones.

From humble beginnings in Sudbury, Ontario and the youngest of ten children, she found her voice at age five and as a teenager began touring with the popular band “Flirt” in Ontario and Quebec. Realizing the power of stage performing, Diane packed up, moved to Toronto and never looked back. Although earning her Canadian securities license and working as an investment banker by day, the call to write, record and sing took over, and Diane committed to a full time career as a recording and performing artist.

As one of Toronto’s highly sought after and most established female vocalists, Diane’s quest to improve her craft led her to Nashville and home again to Kitchener, Ontario’s Cedar Tree Studios where Diane worked with CCMA Award winning producer Rick Hutt. The release of her first CD, “IN THE MIDDLE OF SOMETHING” followed shortly thereafter. The title track and first single skyrocketed to the Top 10 and remained entrenched at the top of radio play lists for months, a precursor of the success to follow. The video became a CMT favorite, earning the # 9 spot on their Top 20 Countdown. Subsequent singles and videos WALKIN’ AWAY WITH YOU, TAKING BACK MY HEART, THERE I GO AGAIN, CRAZY IN LOVE all ruled the charts over the next 24 months and culminated in 2 Top 10 and 4 Top 20 hits on the charts as well as 4 Top 10 videos on CMT. With the success of her first CD and numerous CCMA nominations later Diane was ready for the next chapter